Making a Case for SaaS

Software deals have outperformed in recent years, and it appears the move to SaaS is likely to further bolster this trend. Data from Bain & Company’s recently released Technology Report 2021 underscores the point. Since 2010, software deals have been far more likely to outperform and less likely to underperform than technology deals excluding software. 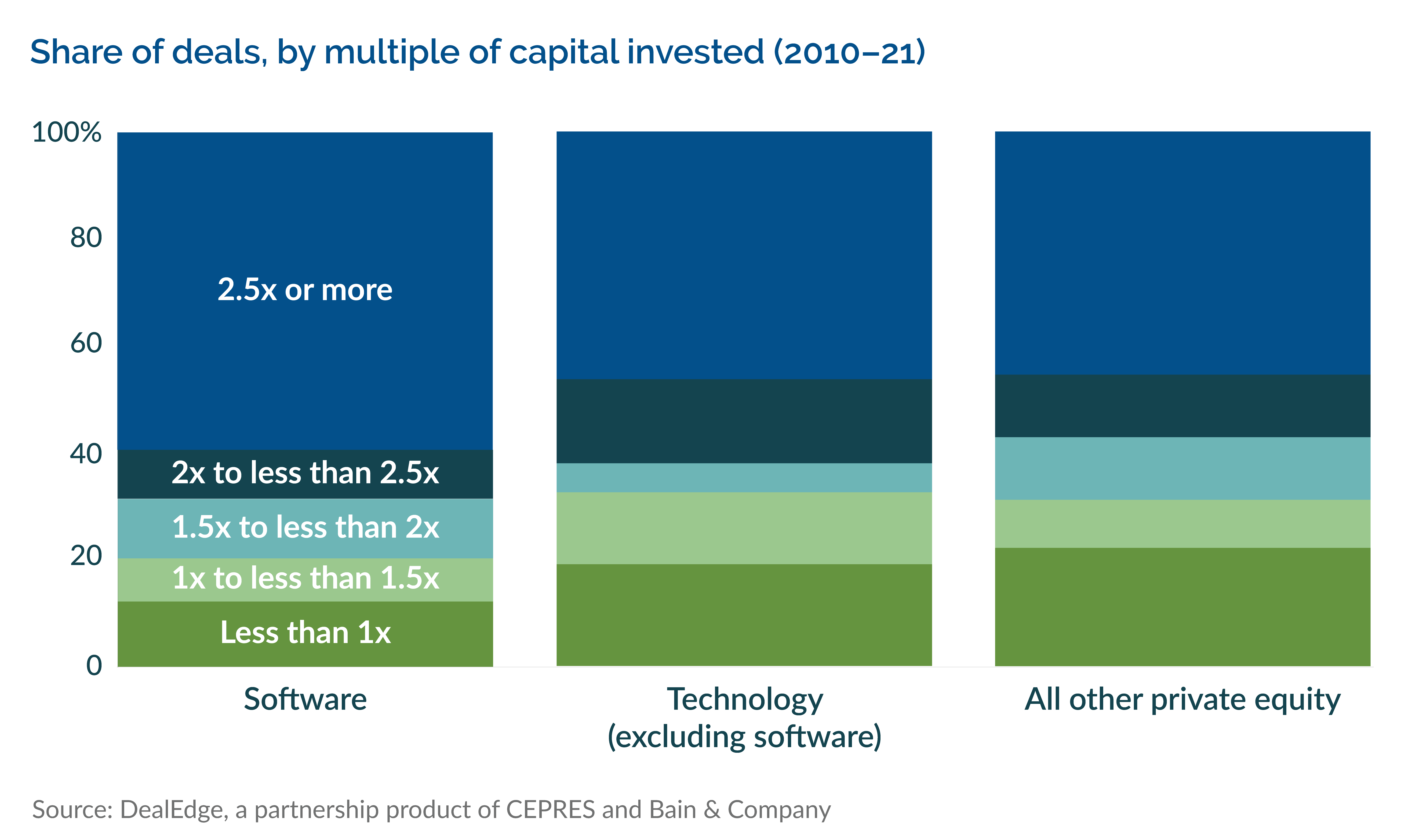 Further, software firms that have moved aggressively to SaaS have generally posted higher returns than those that have not. Adobe, for example, as an early adopter of the SaaS model, reached an impressive 16x shareholder return in the period from 2010 to 2021. This starkly contrasts with firms like Oracle, Citrix, and VMware who, with less than 50% of their businesses in the cloud, had returns for the same period under 5x.

SaaS is clearly gaining momentum in the marketplace for a variety of reasons. The approach allows for users to always run the latest and most secure version and to offload more IT tasks to vendors. Vendors, in turn, can scale deployment, reduce costs for maintaining old versions, and support price increases based on shorter development and delivery times for new features.

Evidence from the marketplace suggests that early-stage investors in software start-ups may be best served by positively weighing the added value of a SaaS model and ensuring that their portfolio companies are employing best practices in integrating SaaS into their sales and product development.